THE BIGGEST WOUNDS MAY NOT BE VISIBLE

If emotional wounds left visible scars, we'd know what to do and we'd never be able to avoid the issue. Yet, hidden wounds always manifest in visible ways...

HOPE + HEALING for WARRIORS with HIDDEN WOUNDS is HERE!

The first documentary released by Crosswinds Foundation + Front Porch Media gives you the history of, the best practices for, and the options to address Post-Traumatic Stress.

INVISIBLE SCARS is the first of its kind- a unique, POWERFUL DOCUMENTARY about POST-TRAUMATIC STRESS 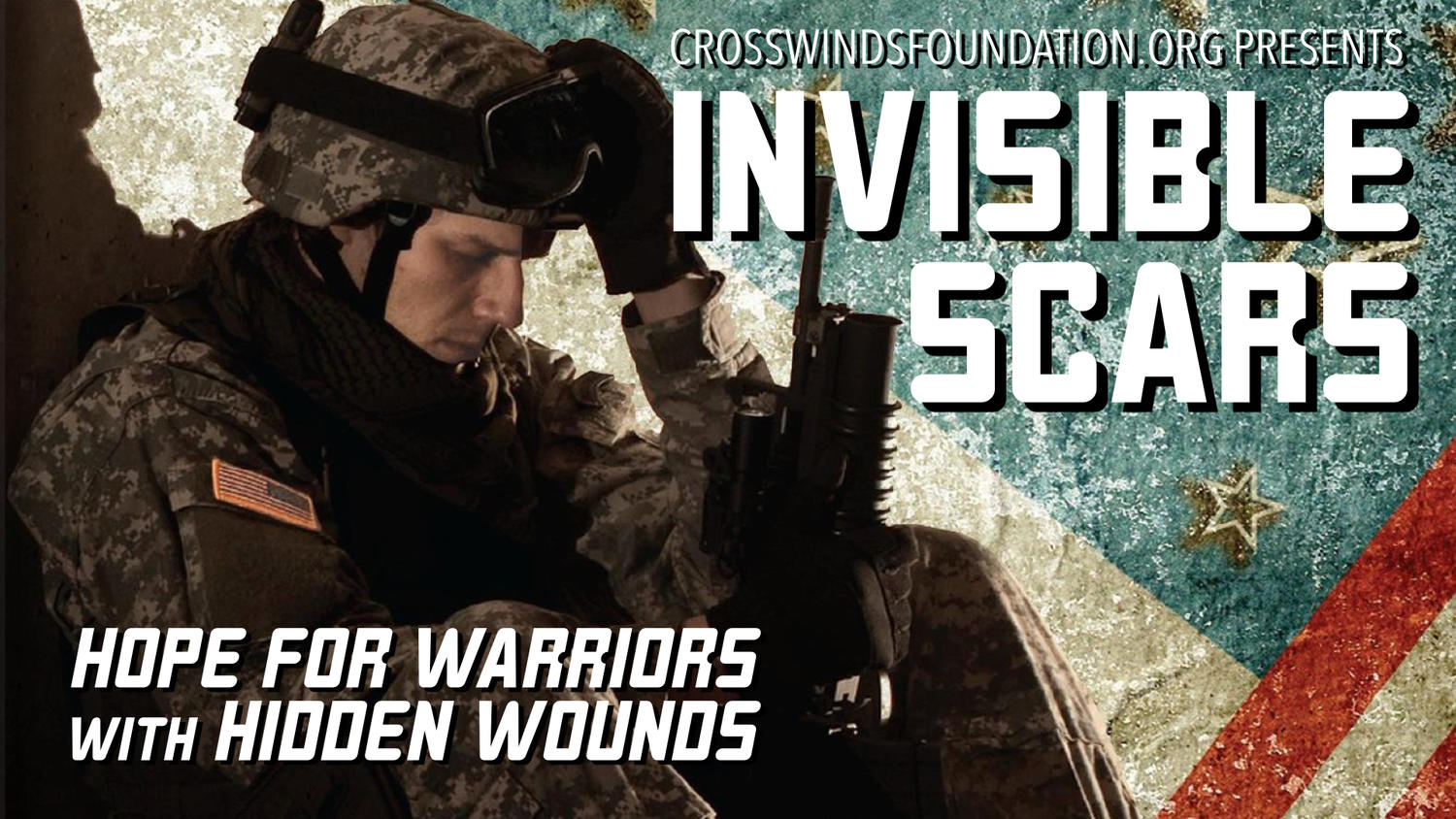 Through many wars, those who served and their families have found themselves struggling with emotional wounds and internal hurts that often outweigh the physical marks of the battlefield.

The statistics are staggering, especially considering it is not unusual for service members and their families to go untreated. That is, many times these wounds go untreated.

INVISIBLE SCARS tackles the stigma and problems that accompany PTS.

The result? Veterans + their family members + others hurting from PTS can better understand the issue AND get the help they need!

A one-of-a-kind film that encourages, equips, and empowers you! 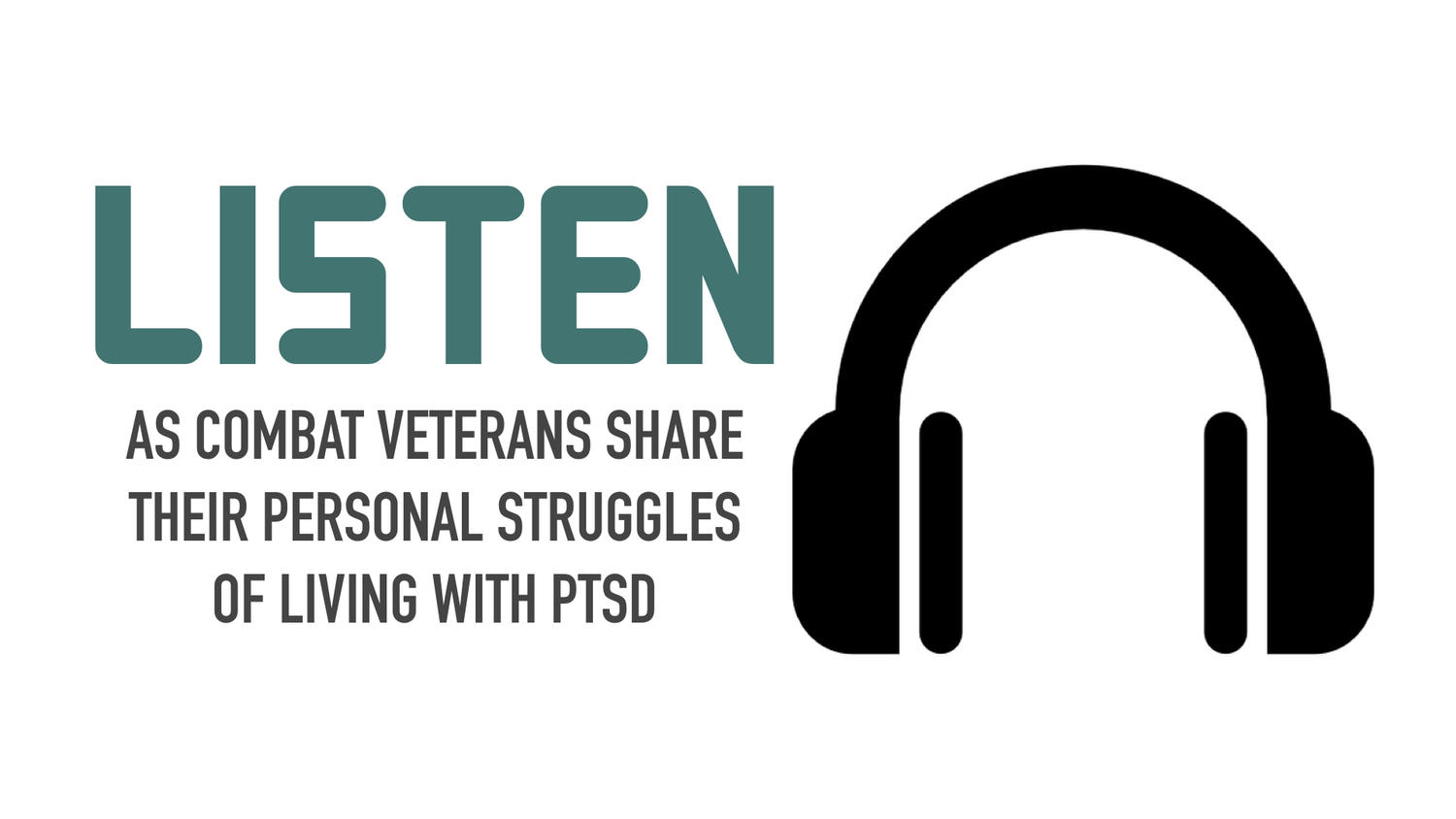 Engage with real stories, from real people- you'll hear directly from combat veterans and their spouses.

The immersion into military culture and the actual field of combat produces such a sacred experience that most veterans learn to keep it hidden. They even hide it from one another. You'll see things like you've never seen them before. 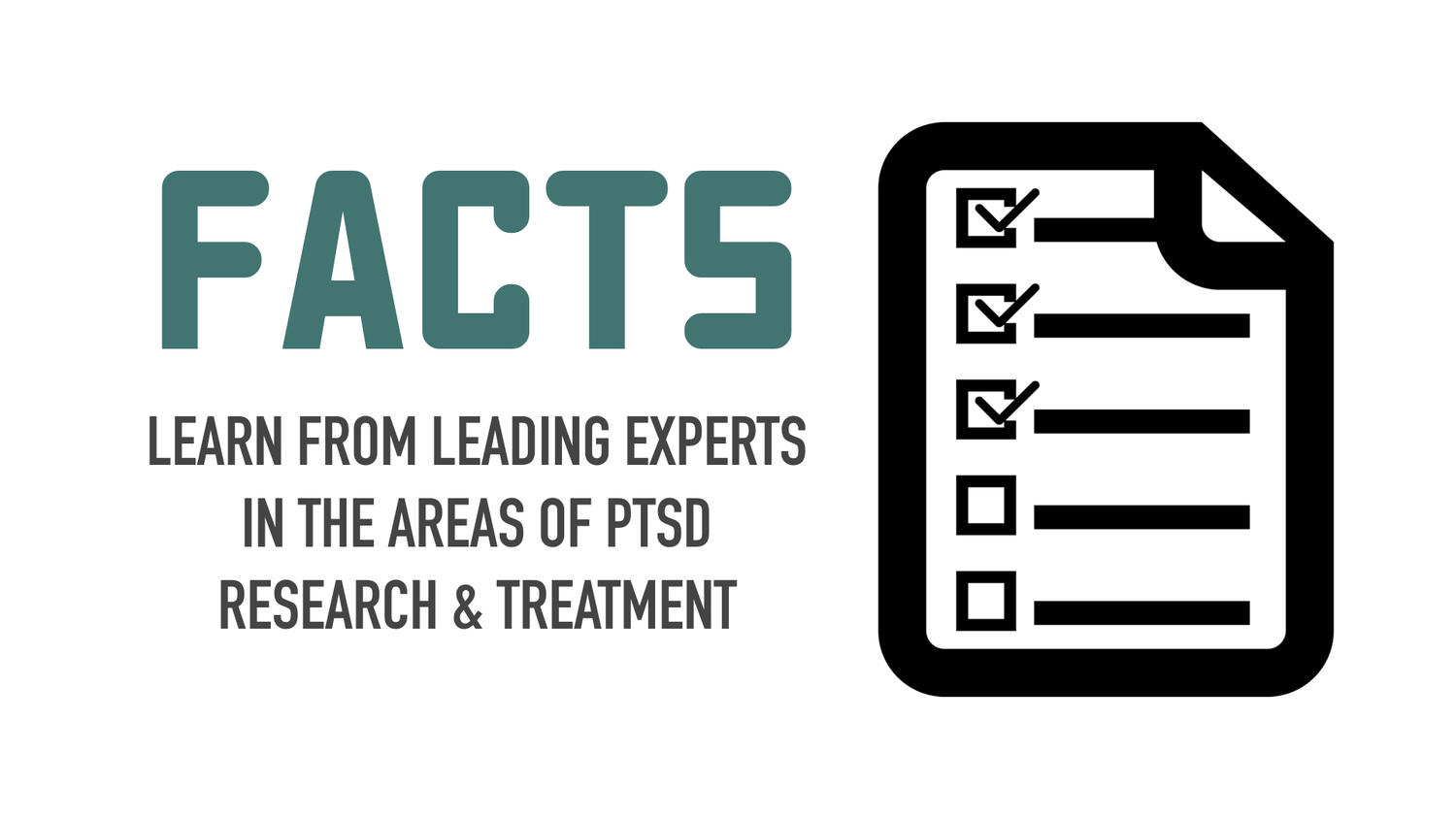 We'll look at the data, too.

Leading experts in the areas of PTSD research and treatment will share with you- and the soldiers in the film- in a way that makes sense. 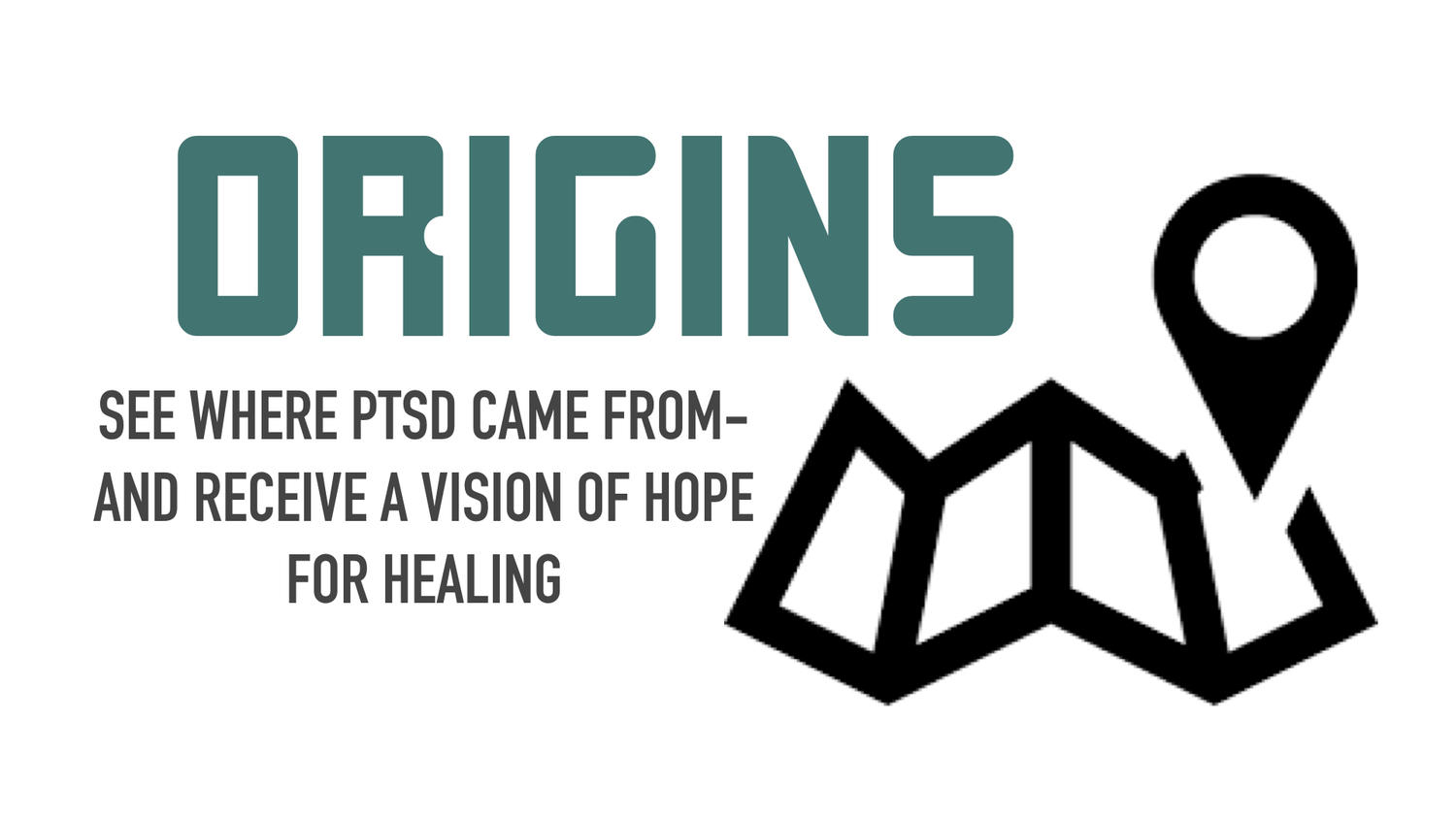 Learn where Post-Traumatic Stress comes from...

Whereas soldiers used to travel back from war in boats, taking months to come home (and having time to process what happened, as they traveled together), we move people "in" and "out" of combat zones quickly. In a sense, modernization often creates internal whiplash.

PTSD seems like a recent phenomenon. However, we see precursors to PTSD throughout history. You'll see its origins clearly.

This will enlighten the stories + the science that you've just seen. 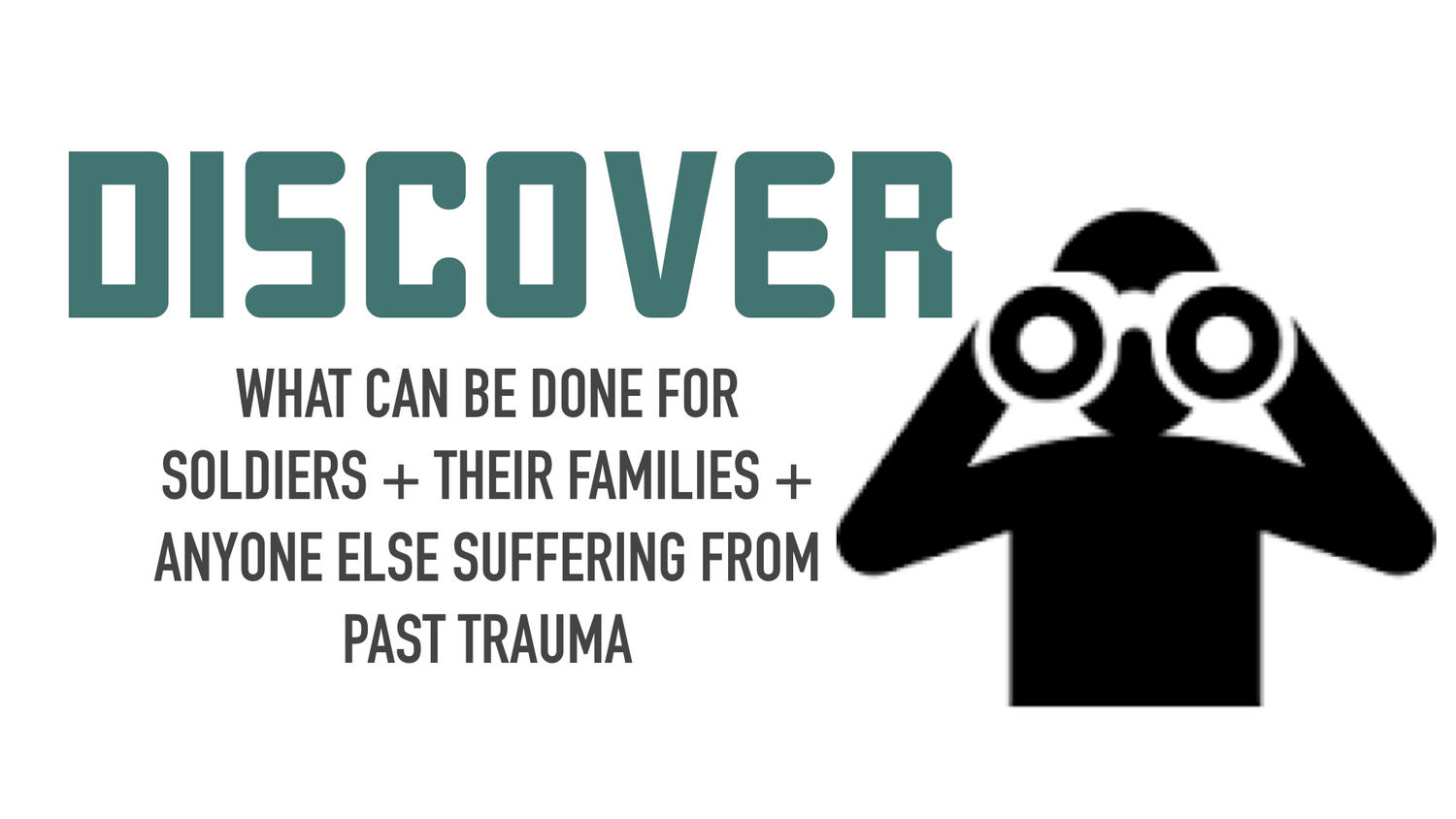 Discover what can be done for soldiers + their families + anyone else suffering from trauma.

Hope + healing is available. The goal of this film is not simply to deliver the information about Post-Traumatic Stress, but to provide practical solutions and easy-to-access resources for those in need of them.

You'll discover how others have received help and made forward progress, giving you confidence that some of these same steps will work for you or someone you know. 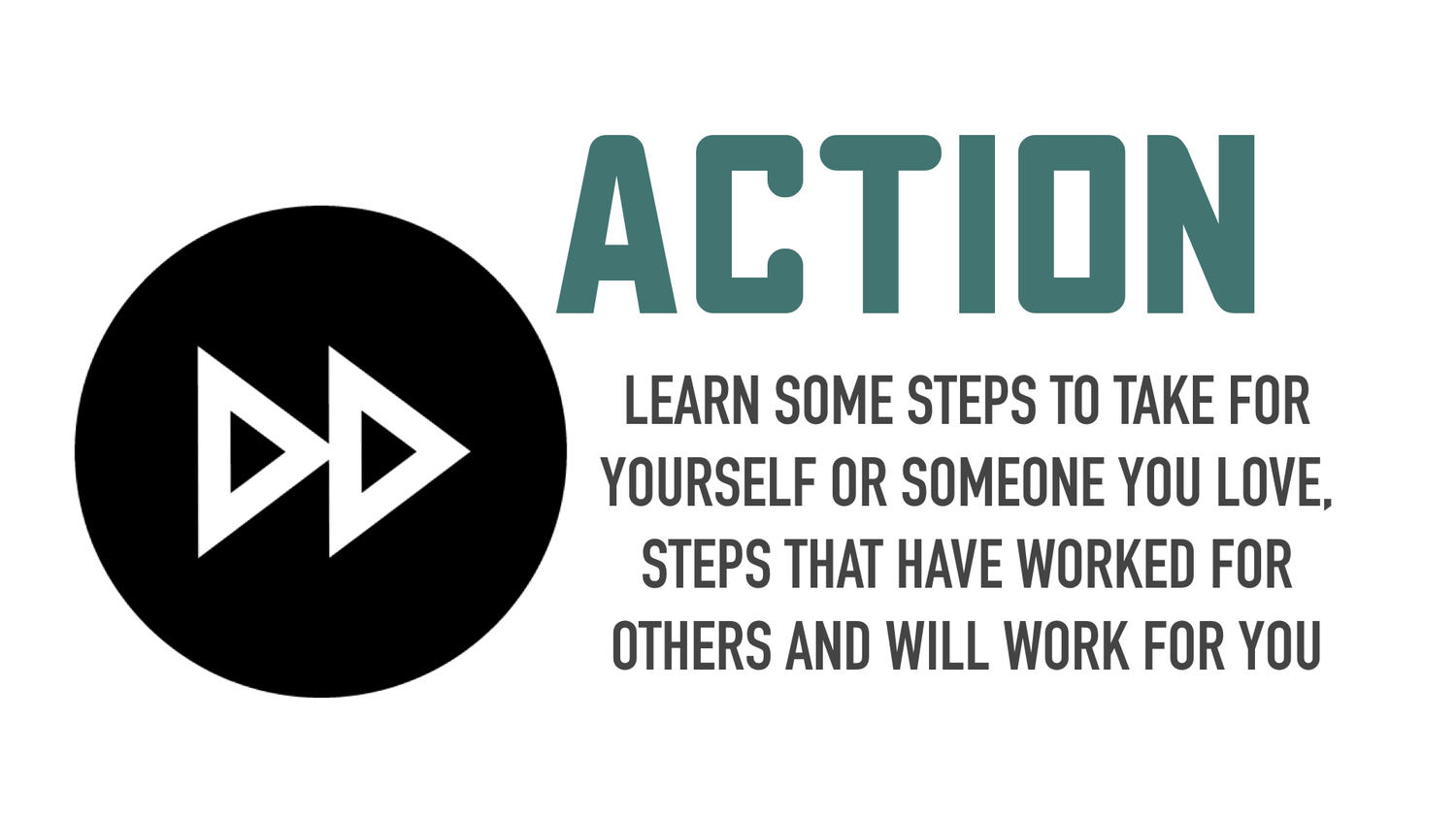 This is where things start getting really, really great!

If you feel like it's time to take charge of your own journey towards health + healing in this area,

Or if you know of someone you'd like to bless with better information that can inspire them and give them tools to move forward,

And if you're looking for some step-by-step processes backed by science, Scripture, and history...

Then you'll love getting access to tools that can help. 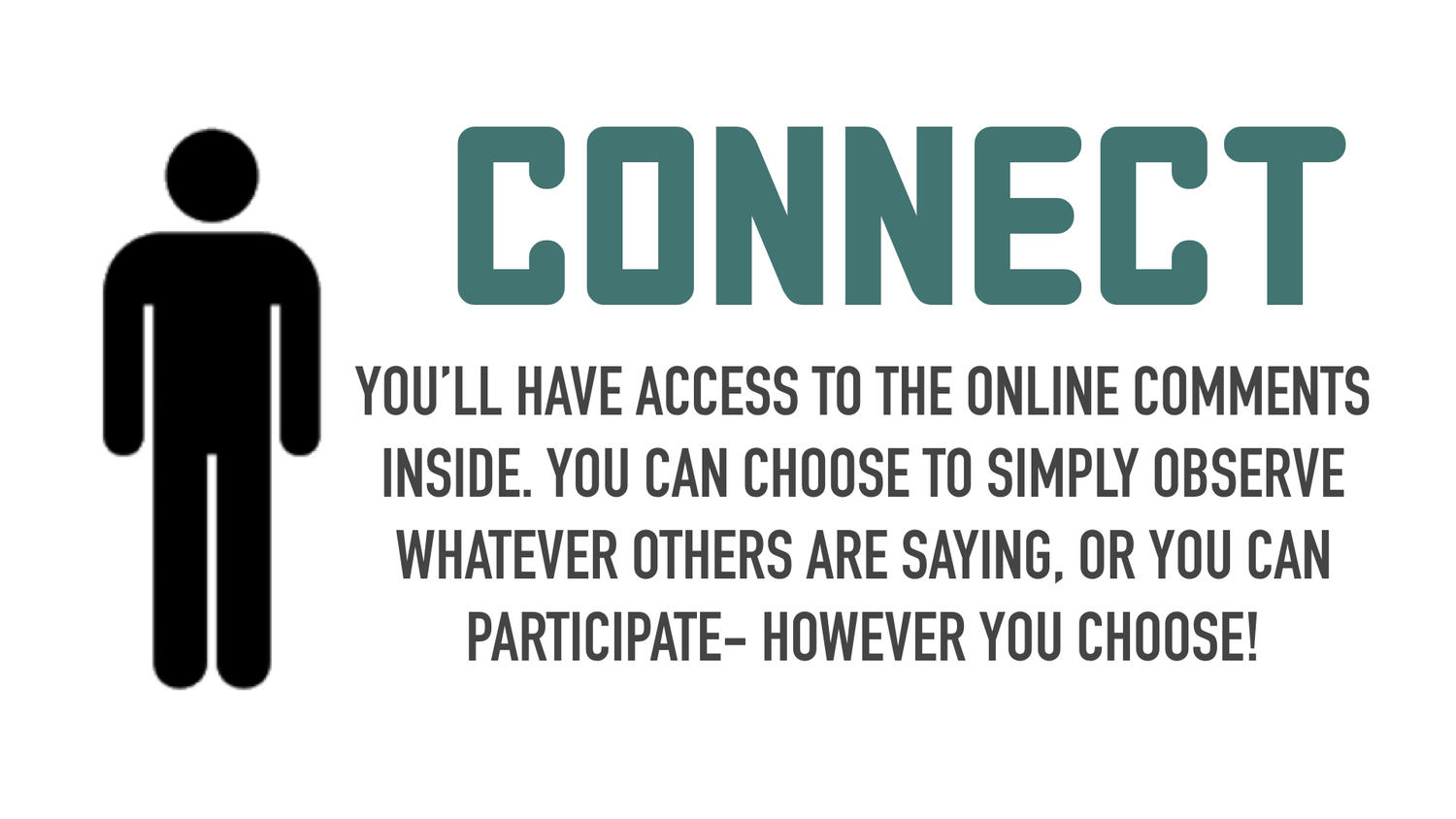 Not only will you learn from the people IN the film, but you can learn learn from ANYONE who views the film.

The online comments are there for your reading... feel free to read only or respond, or create a new discussion as you desire.

Plus, we'll give you advance notice of opportunities to learn more through online classes and live events.

When we bring the issue of PTS into the light, we realize two things...

Watch as many times as you'd like- from all of your devices. Forever, wherever access. You'll use your email address and a password you create to login. 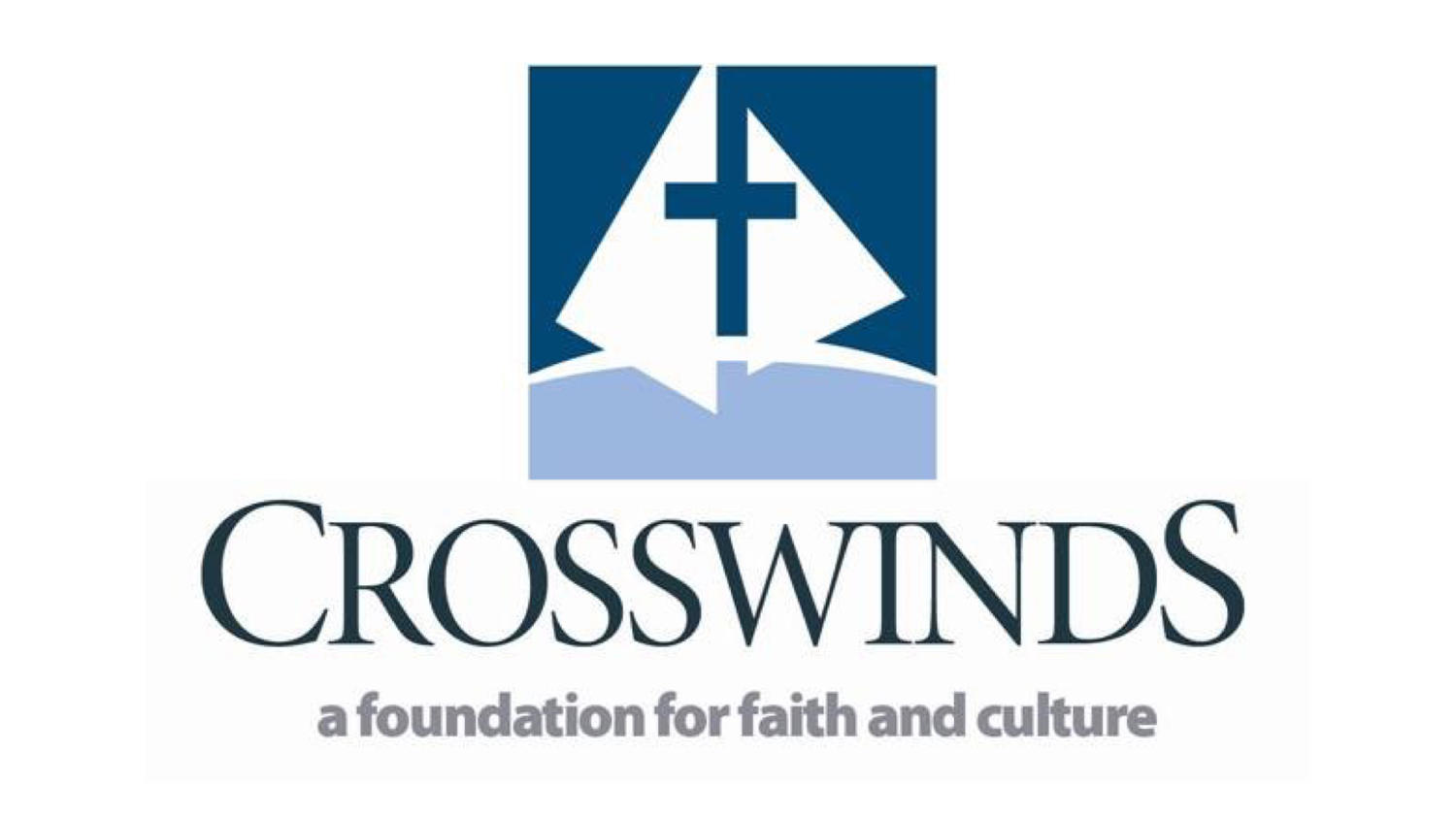 Invisible Scars carries the heart of The Father because it was created by a ministry with a desire to deliver hope + healing.

PRODUCER'S STATEMENT about THE FILM

Some time back, my colleague, Lt. Col. Don Malin shared with me his own personal experience and challenges reintegrating into life on the home front after serving in Iraq. I could see that his experience, while not as intense and traumatic as what many of our combat veterans have faced, had still left a notable mark. As I began to discuss with him his work as a chaplain, counseling soldiers both on deployment and here stateside, he opened my eyes to the breadth of just how intensely many veterans struggle with Post-Traumatic Stress Disorder. Probably like most of the American public, I had heard of PTSD and thought I understood it, but as Don shared stories with me of the soldiers he counseled, I begin to realize this issue was so much larger than what any civilian could grasp.

Don’s story demanded attention, and I could see that no one was really painting the whole picture, so I knew then that if Crosswinds Foundation wanted to impact the military culture, we had to produce a documentary film that would capture these stories and help audiences to see the significance of this issue.

However, I have to admit that even through my conversations with Don, my eyes still had further to open. Launching into production, I began seeing the early interviews with both military and psychology experts and hearing the experiences of combat veterans, and my heart grew even heavier.

Clearly, this was not a film we could sell. People needed to see this. Families needed to understand. The message is too precious. I realized as a ministry organization, we had an imperative to serve, to minister – to offer at least a cup of cold water. So we decided that no veteran or military family member would pay for a copy of Invisible Scars: Hope for Warriors with Hidden Wounds. This would be our gift back to those who had already given so much.

During production of this film. I found myself re-evaluating my own familial experience. Through the process I realized my own father suffered with PTSD. His experiences in WWII had clearly left their own wounds. But, the truth is those scars weren’t exactly invisible. They could be seen in the nightmares that plagued his sleep, in the attitude with which he faced the world, and in the alcohol in which offered temporary relief. I am convinced his life would have been different if someone could have shared something like Invisible Scars with him. 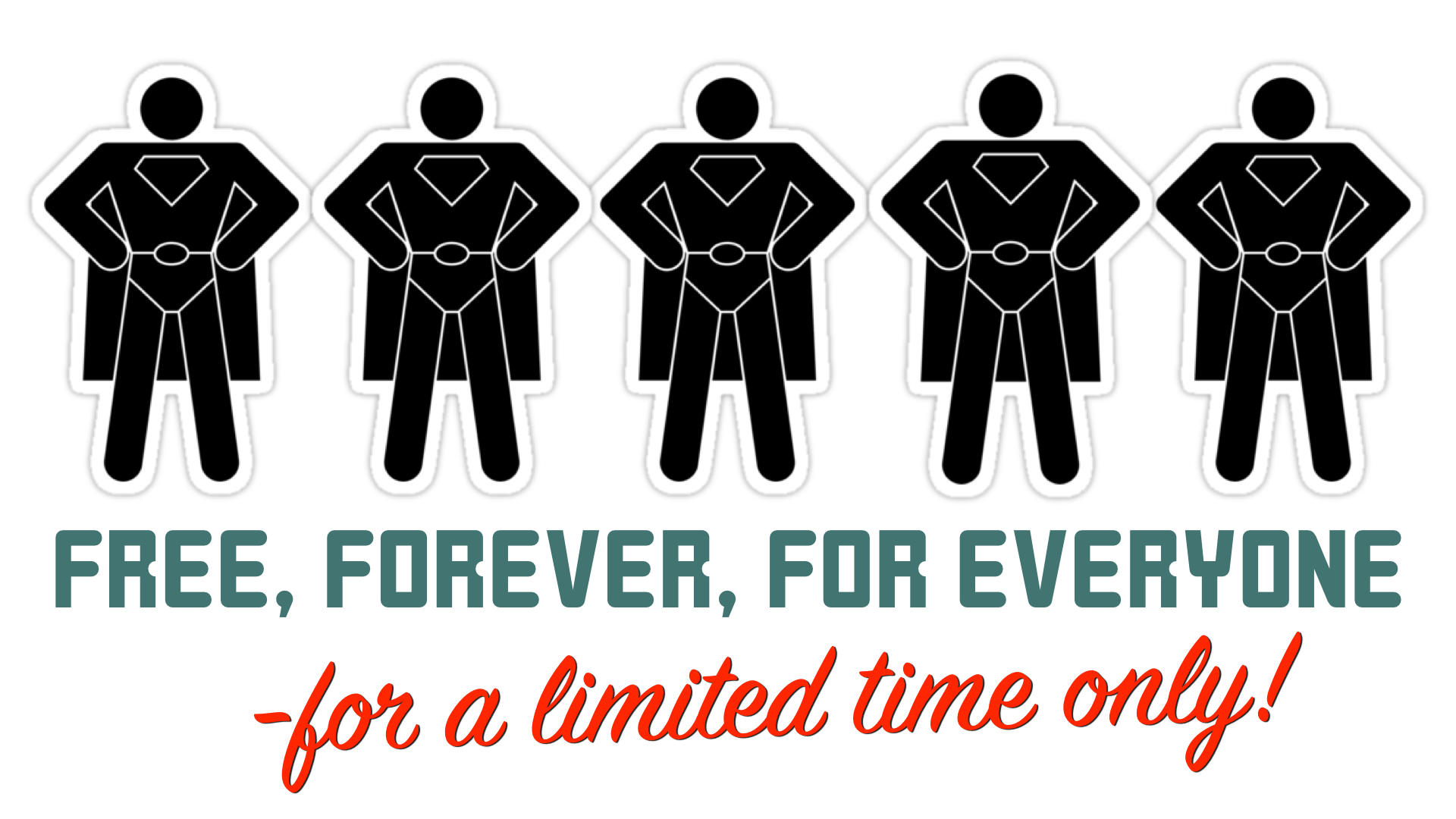 Generous support from donors makes it possible to deliver this content totally FREE OF CHARGE! 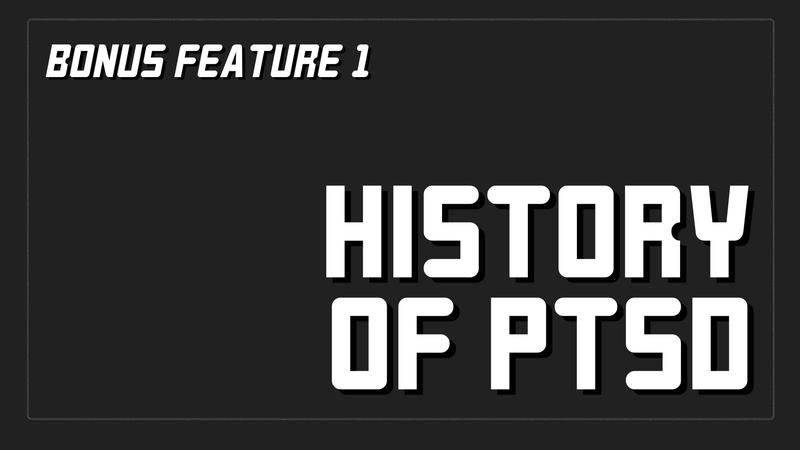 Where did it come from?

Dating back as far the Civil War, pastors and counselors and family members identified men who fought on the front lines as having a condition they referred to as soldier's heart. One writer penned that these man had been "ravished by death." That is, they had seen things- and even been forced to participate in activities- that civilized society considers "sin" and morally wrong.

Even though they carried out their duties as an act of service- of giving their lives for the greater good- they still experienced feelings of loss, grief, and injury... 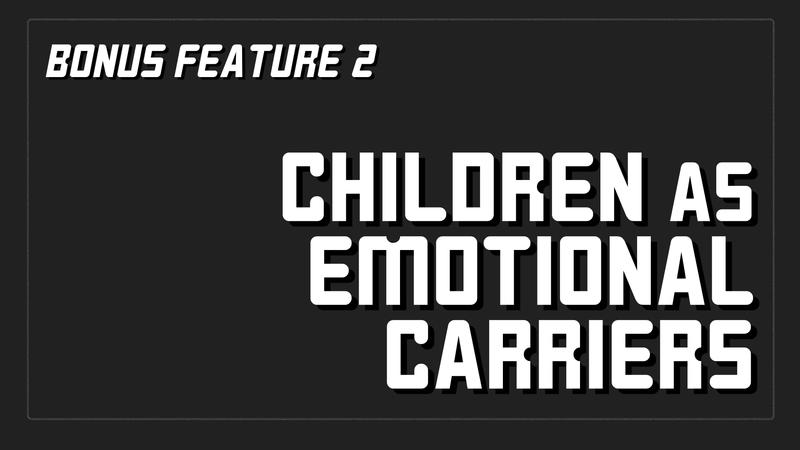 Many soldiers are members of our community- they work, shop, and attend church in our neighborhood. When they leave, it creates stress for the entire family- including the children.

The children experience the regular stress of everyday childhood. And, they experience the secondary trauma of one of their parents being away. In other words, children begin carrying the burden of deployment, too.

The trauma the children carry often emerges at school, on the ball field, and in other relationships. So, kids need help, too. 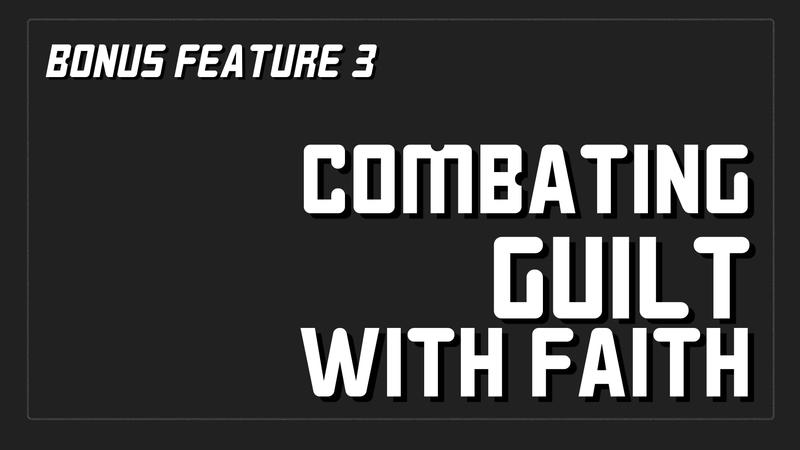 God's love is constant. Nothing that we've done- even in war- can provide a separate us from that love. This provides a sense of assurance.

In this feature, a Vietnam Vet talks about his own thought process about faith and his journey into grace. He realized that we don't "fall out of grace" because of anything we've done (or anything that's been done to us). Rather, we "fall into grace."

We know our history, even the worst parts of it. The good news is that God does, too. And He still promises that nothing can separate us from His love. Nothing. 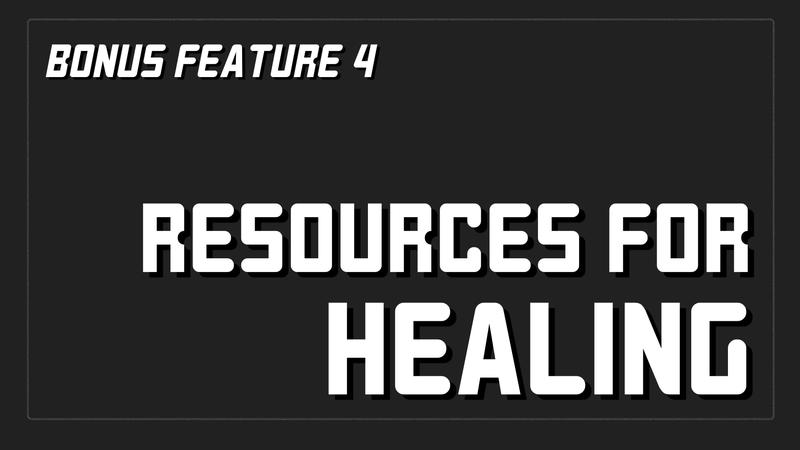 Relationships are often the first arena in which the effects of war are felt. It helps for families to educate themselves and understand what soldiers feel- and what they might need when they return.

Although each person's journey has unique details, there are some commonalities. In this short video, you'll learn about some practical helps that are available- resources you can find online, organizations that help you navigate new terrain, and places you can find people walking the same path. 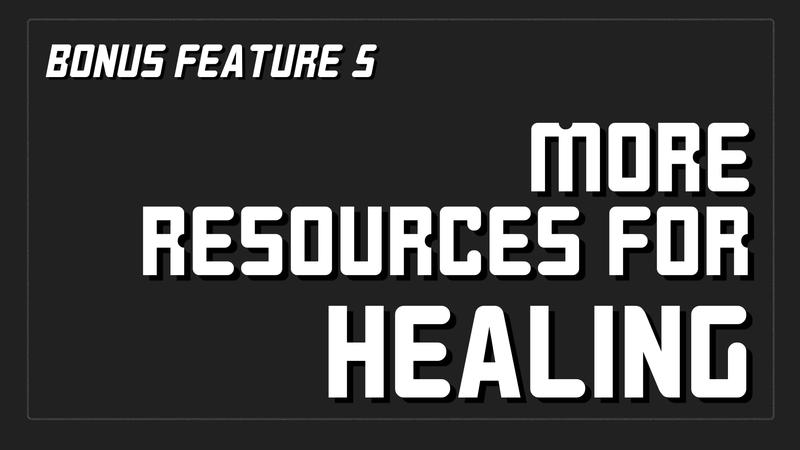 Talking through your story with others who have been in the same story helps. In this short bonus feature, you'll hear how counselors- straight from the trenches- can help. Whether you need to meet with a group, a mobile center (comes to you via an RV) or even tele-health... there are vets ready to assist you.

Resources are available to help individuals, group therapy, and family counseling. You don't have to be enrolled in the VA to utilize the resources of the Vet Center. This is a great next step for many- and is one of the best kept secrets of the VA. 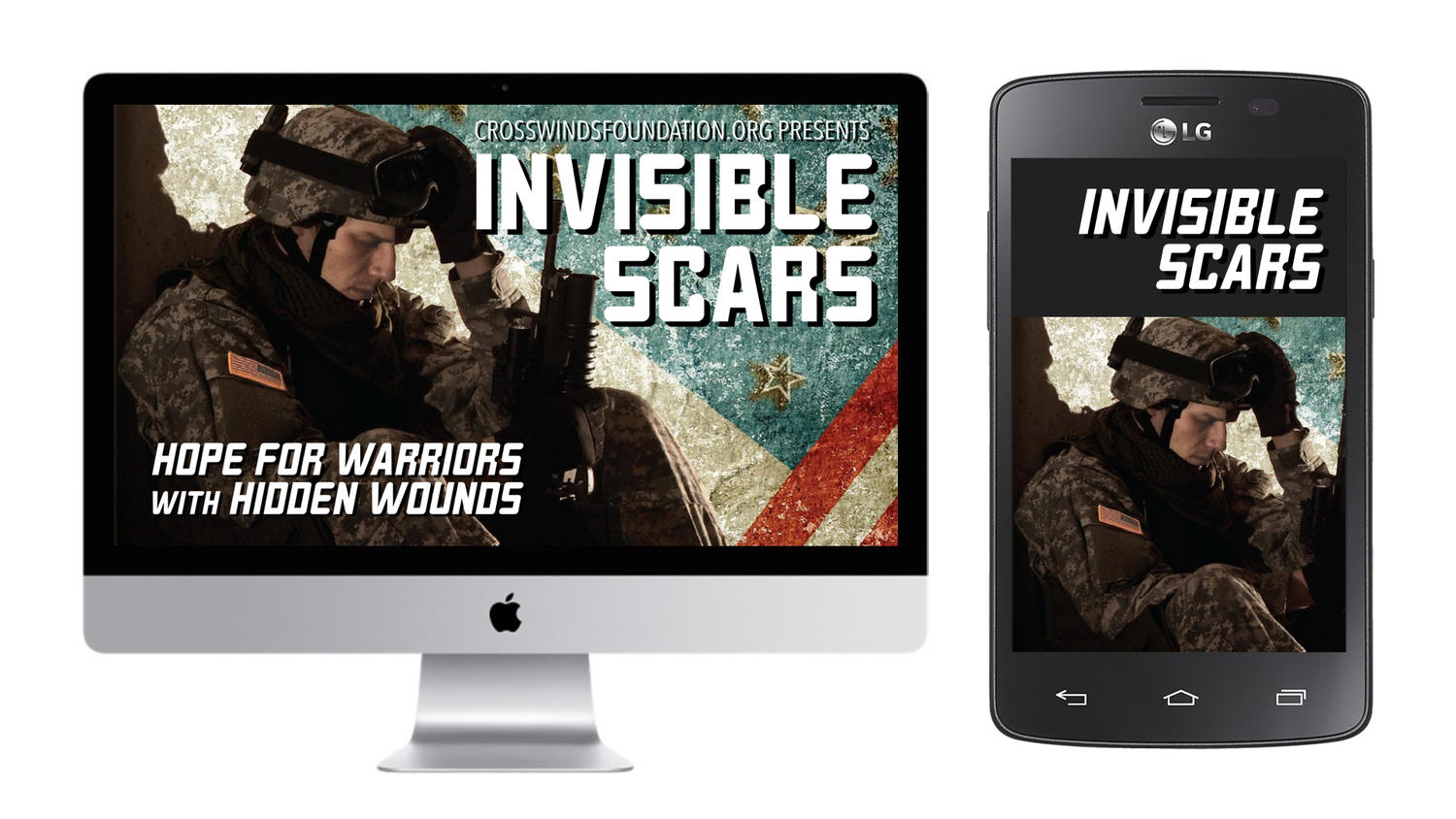 Your access is unlimited- once you're in, you're in forever!

At checkout- whether you're accessing the content free or paying for your online ticket- you'll enter an email address + create a password of this site. Login and view as many times as you'd like.

Plus, you can download the film to your devices so you can access when wifi is slow or isn't available.

You can view as many times as you'd like- just login with your email address + password you create for this site. Then, watch anytime, anywhere! 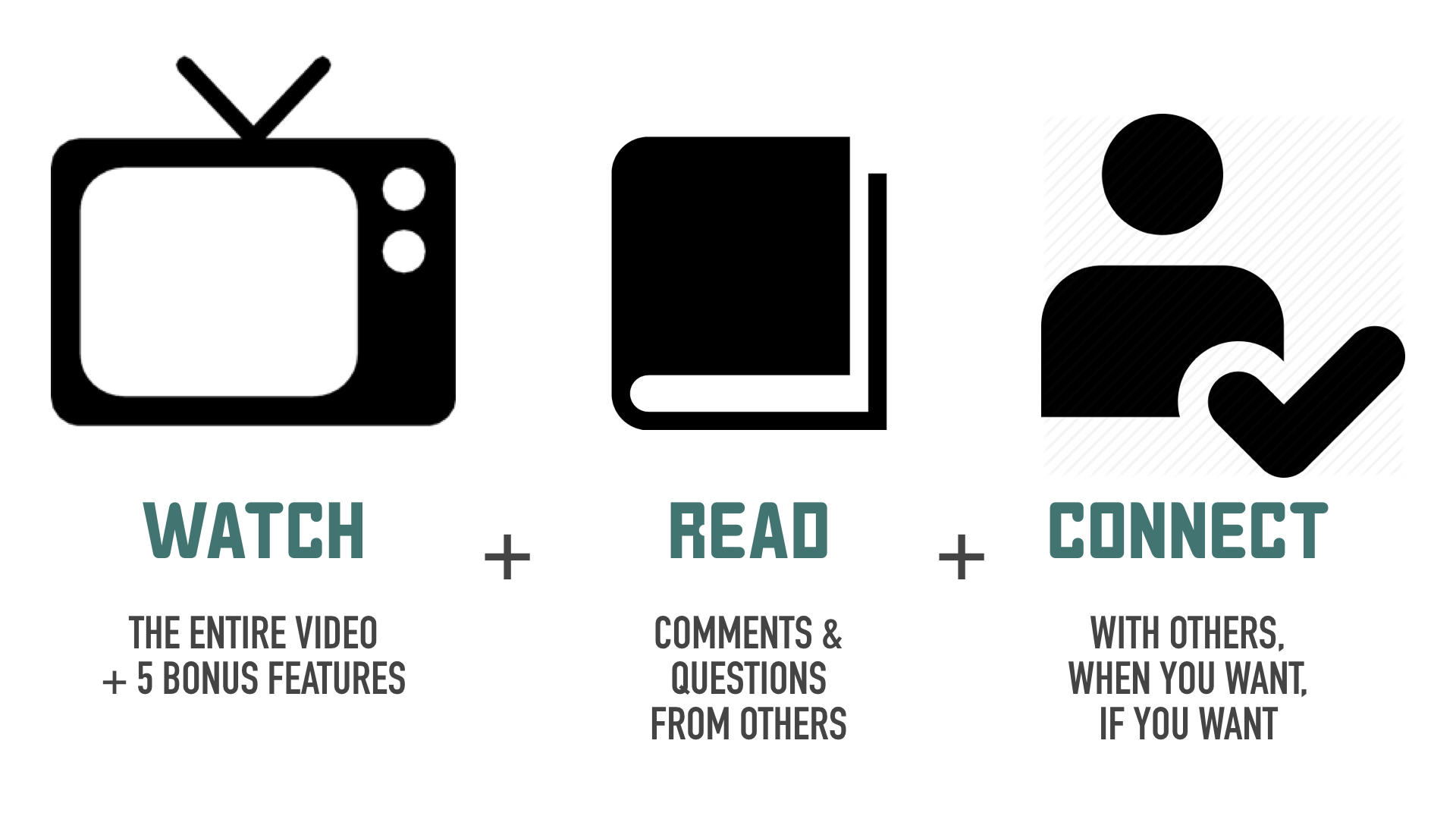 The journey begins now. No waiting for something to come in the mail; no need to get in your car and go somewhere. 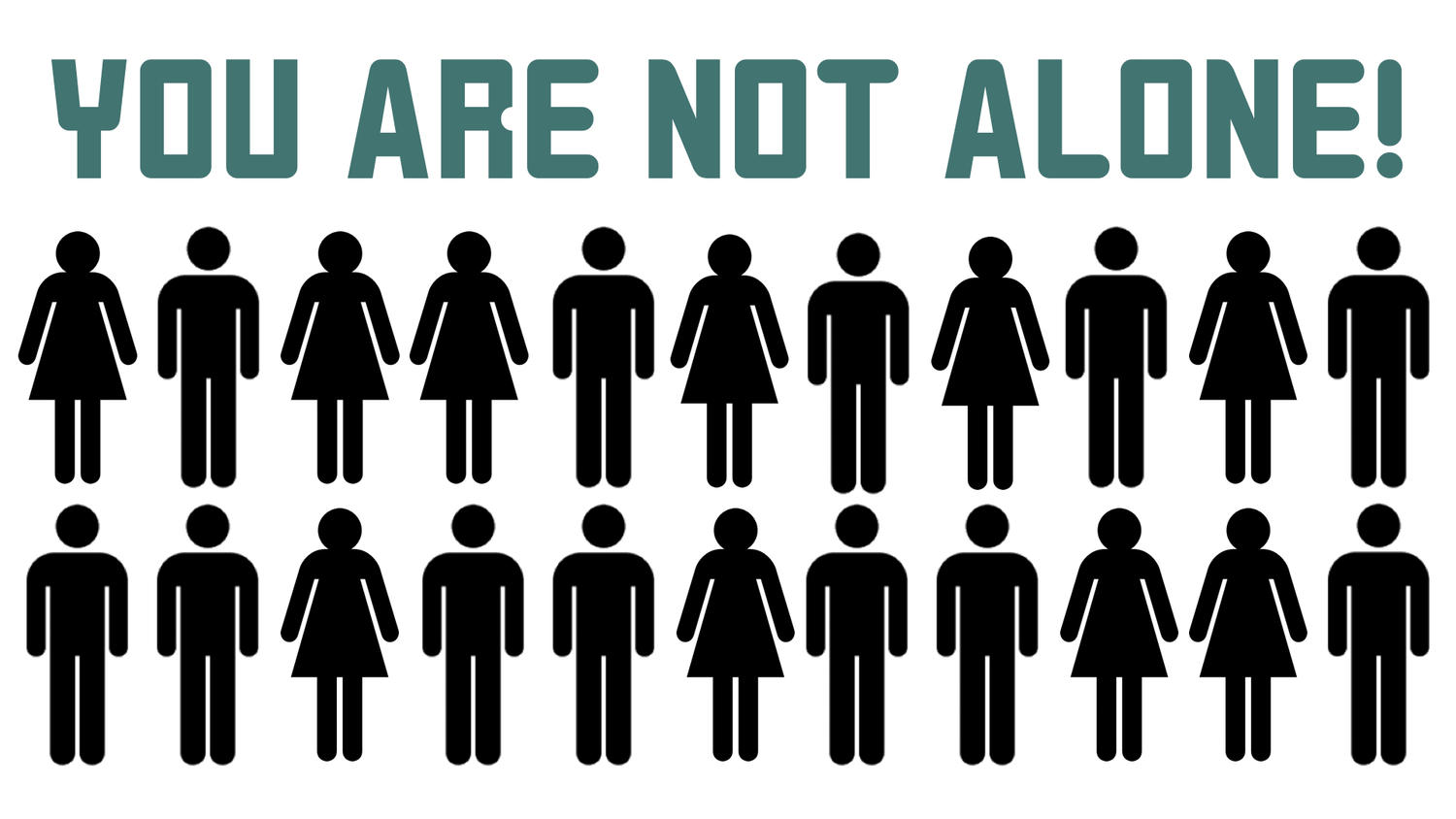 You're about to see the stories of others who have been there...

Some are new into this journey of health + healing... and have just begun.

Others are miles down the road.

But we're all on the road together.

"I am thankful for resources like this movie for veterans like me and for those God puts in my path. We are not alone, thanks be to God."

"Invisible Scars is a blessing, it helped me show my family what PTSD is and how it affects a soldier."

"Invisible Scars is the best film that I have seen on the subject of PTSD... a must view for the family members and friends of service members."

"Invisible Scars is an important resource in the battle against PTSD... You need to see this film."

The first documentary released by Crosswinds Foundation + Front Porch Media gives you the history of, the best practices for, and the options to address Post-Traumatic Stress.